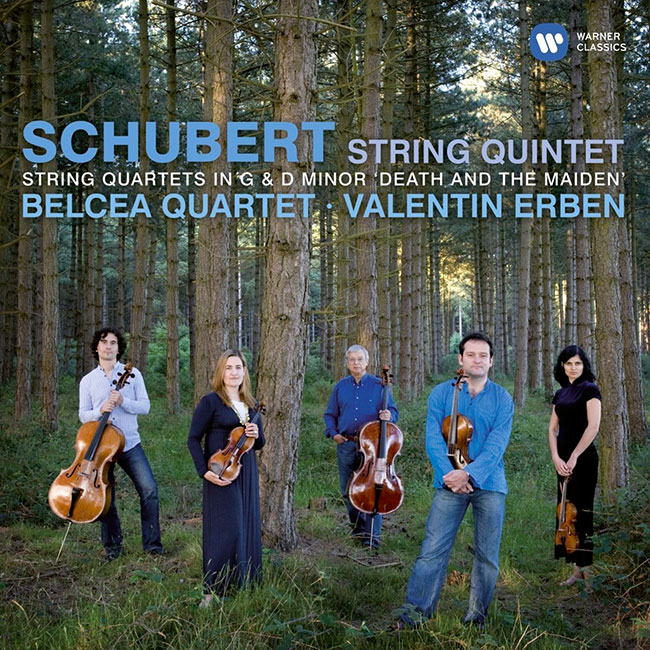 The Quartet in D minor ‘Death and the Maiden’ is one of two large-scale string quartets that Schubert composed in 1824. The subtitle refers to his famous song of the same name, the melody of which he used here as the basis for a set of variations in the second movement. The G Major Quartet of 1826 was the composer’s 15th and final string quartet. Its emotional and technical challenges were such that only the first movement was performed in public during Schubert’s lifetime and he was unable to find a publisher for it. The Quartet was first performed in its entirety in 1850 and was first published the following year.

The String Quintet in C Major dates from the last months of Schubert’s life, in 1828. The addition of the cello makes for a rich texture and powerful sound where needed but not to the exclusion of exquisite, soft, ethereal sections. Corina Belcea-Fisher, first violinist of the Belcea Quartet said, “It is a great challenge to capture all the varied emotions of the piece, emotions that can switch from one second to the next. It has been a great privilege for us to explore this work with Valentin (Erben), to be able to draw from his resources and his knowledge.”