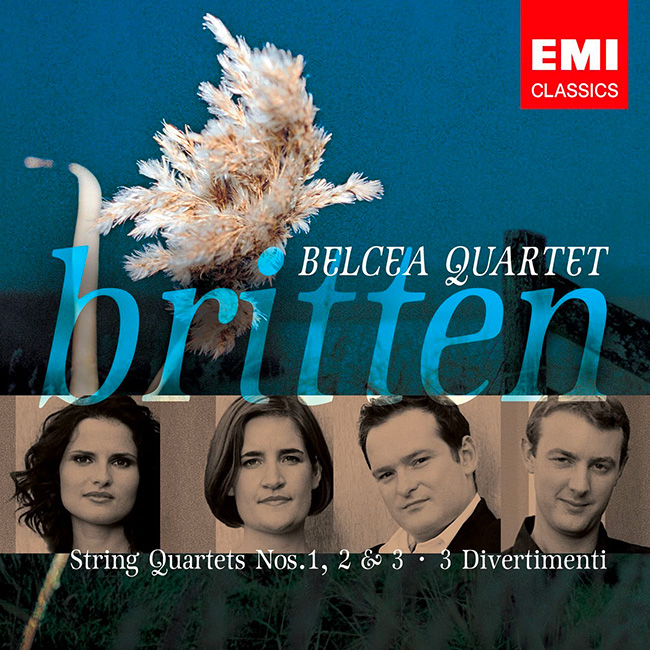 “All are played superbly here by the Belcea, who are young enough to reflect Britten’s youthful exuberance while sufficiently experienced to bring the utmost gravity and lyricism to his more mature meditations.”
“Classical CD of the Week”, Observer, April 2005

“If the first thing to impress in this recording is the blend – the individual tones of the four instruments are almost disconcertingly alike – the second is their structural confidence. Britten’s String Quartets are here given an almost symphonic sense of space and line. The dancing ,dazzling figures of the fast movements are strong but never strident, while the falling notes of the passacaglias have a dark, morbid sweetness. The Belcea Quartet play expressively, without pitching into the melodrama that always lurks as a possibility in these works.”
“****”, Independent on Sunday, April 2005

“…an intimate portrait that really gets under Britten’s skin.”
Financial Times, April 2005

“The results… are in a class of their own, and the most compelling accounts of these major, challenging pieces currently available.”
“*****”, The Independent, Information, April 2005