This author has not yet filled in any details.
So far Belcea Quartet has created 9 blog entries.

The idea behind this project originates from our belief that Beethoven’s vision far surpassed not only his contemporaries, his successors and their audiences but that it continues to probe the essence of music, its creation and its perception by each new generation.

There isn’t perhaps a more explosive composition of Beethoven’s than the famous (and infamous) Quartet op. 130 in its’ original form: with the Great Fugue as its’ crowning, or rather as is the case here: shattering finale.

Generations of composers, performers and audiences have grappled with this enigmatic and revolutionary work and to this day it has not lost any of its explosive and provocative quality.

The entire structure of this great quartet cannot be described as harmonious. Its six movements (already in itself a highly unusual number) couldn’t be more unrelated in their characters, their content, their individual lengths, and in the very eccentric choice of some of the tonalities used in them.

From the opening bars contrast, surprise and often confusion reign supreme in this work – but nothing that happens in its first five movements prepares us for the nuclear explosion of the final Grosse Fuge. At the end of each performance of this work we, as performers, feel that we have travelled a musical journey greater perhaps than any other in the string quartet repertoire.

Beethoven’s output has been relevant, if not fundamental to almost every composer writing in the string quartet medium after him. What we have set out to achieve with this project is to expand and flesh out the structure of this work by interspersing its six movements with…music by other composers. A lot of thought went into “composing” the musical shape of the evening – an exciting creative process in itself and one which we had never been part of before.

To what extent the music interspersed with Beethoven’s work  is relevant to the op.130 quartet is a question left for each member of the audience to answer for themselves. After all, if we are to follow the original logic of the op. 130, a seeming irrelevance might be even closer to its spirit.

What we hope for is that the unique spirit of Beethoven’s quartet informs and inspires the adventure on which we will embark. The identities of Beethoven’s companions and their works will be revealed to the audience only after the full performance. It is, we believe, what the spirit of such an evening requires.

Today’s modern technology offers us immediate access to all kinds of music and, as a result, we often find ourselves listening without knowing what it is that we are hearing. Aren’t such moments making us listen with a greater than usual sense of alertness and openness? If so, than this is a quality which Beethoven surely would have relished… 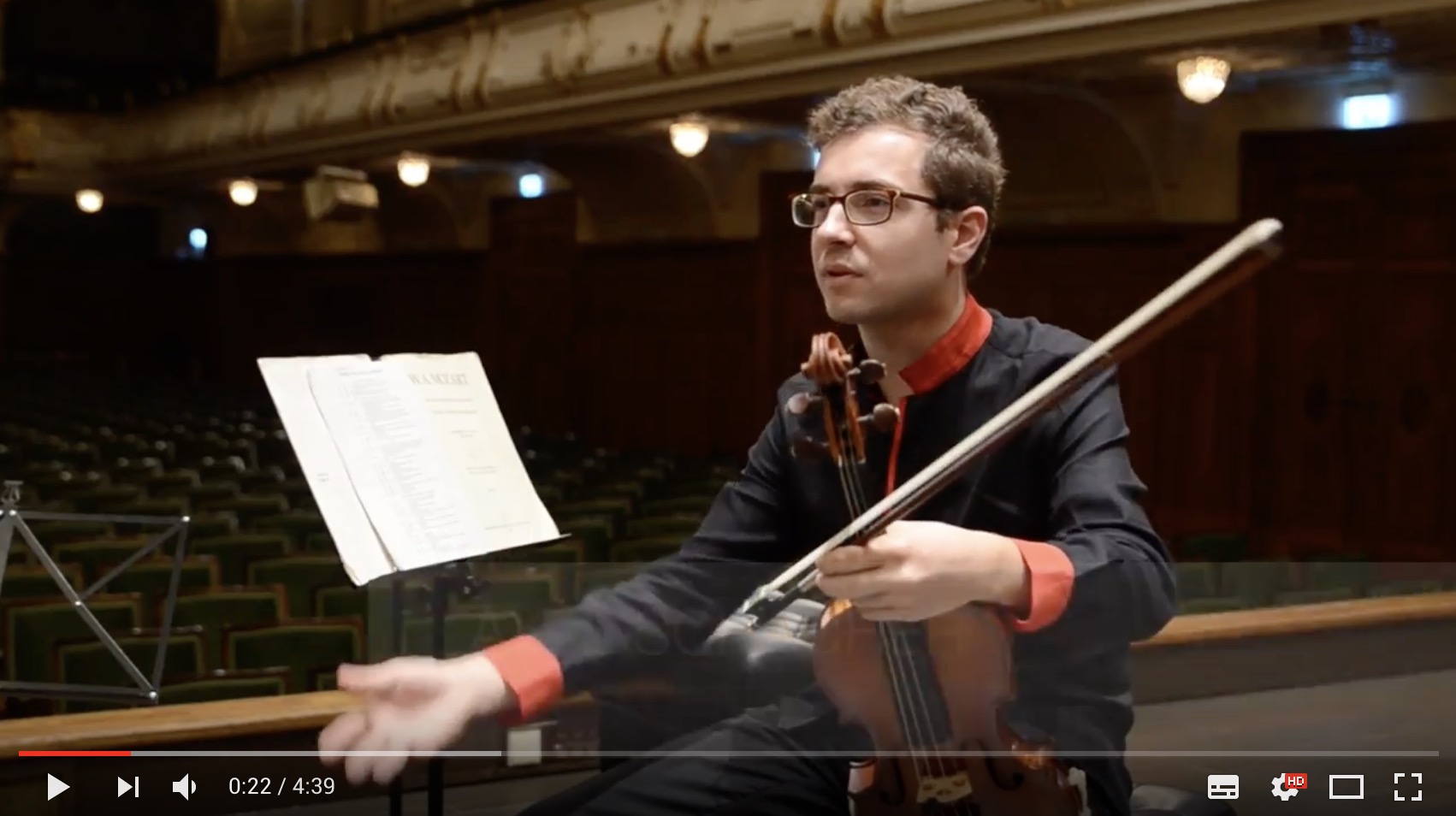 “The Belcea Quartet is one of the world’s leading chamber music ensembles, having won many international accolades. Now, with the string quartets, the musicians have rediscovered a gem of twentieth century chamber music. “Here is a composer moving gently and magically from the Romantic and Classical canon towards aural visions of lightness, of sublimated pain and brooding escapism. Shame on those who do not know these pieces.” (Süddeutsche Zeitung). The Belcea Quartet succeeds in an outstanding manner in holding the balance between the youthful exuberance of the first two quartets and the lyrical solemnity and sweet morbidity of the third.” 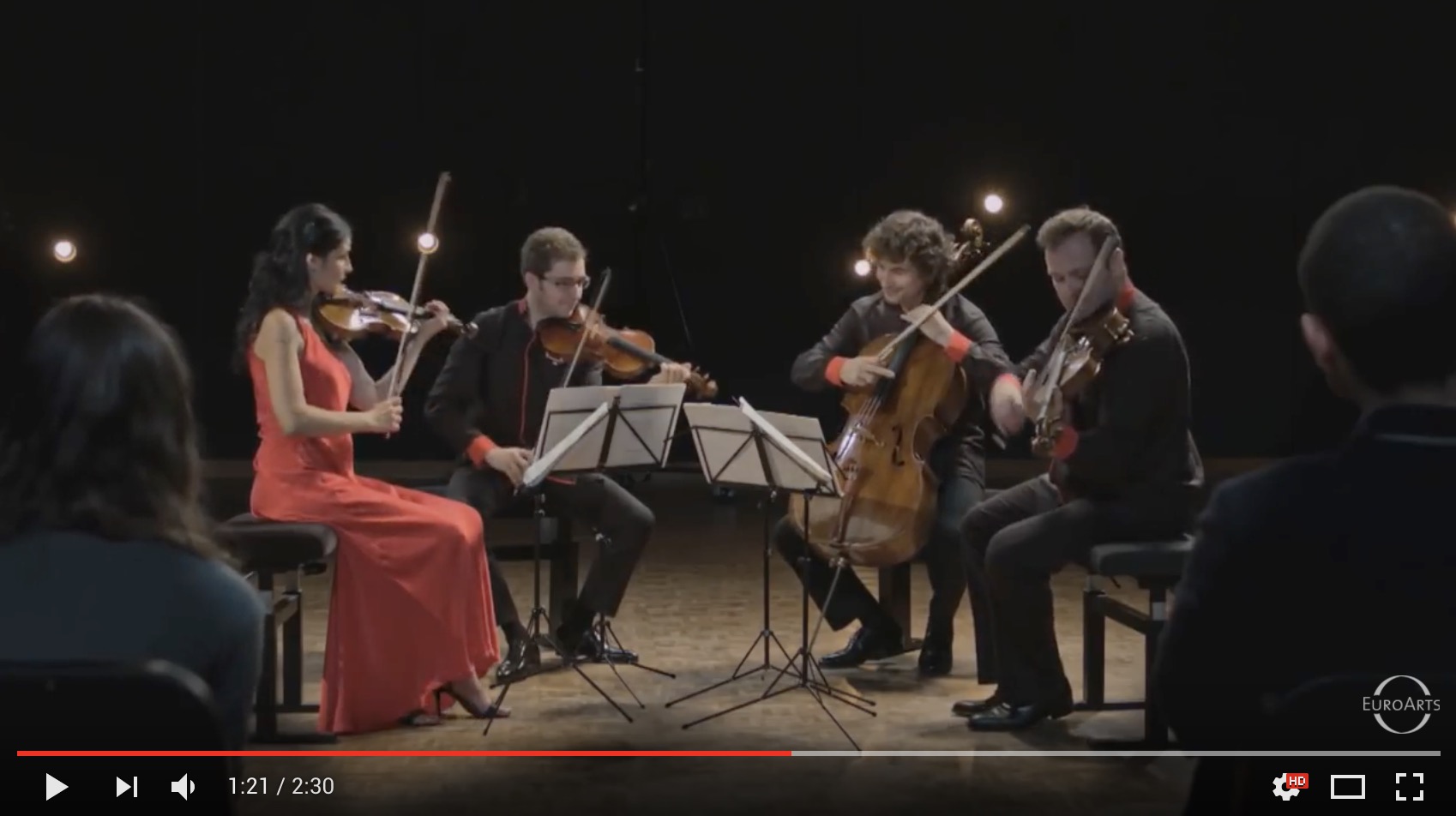 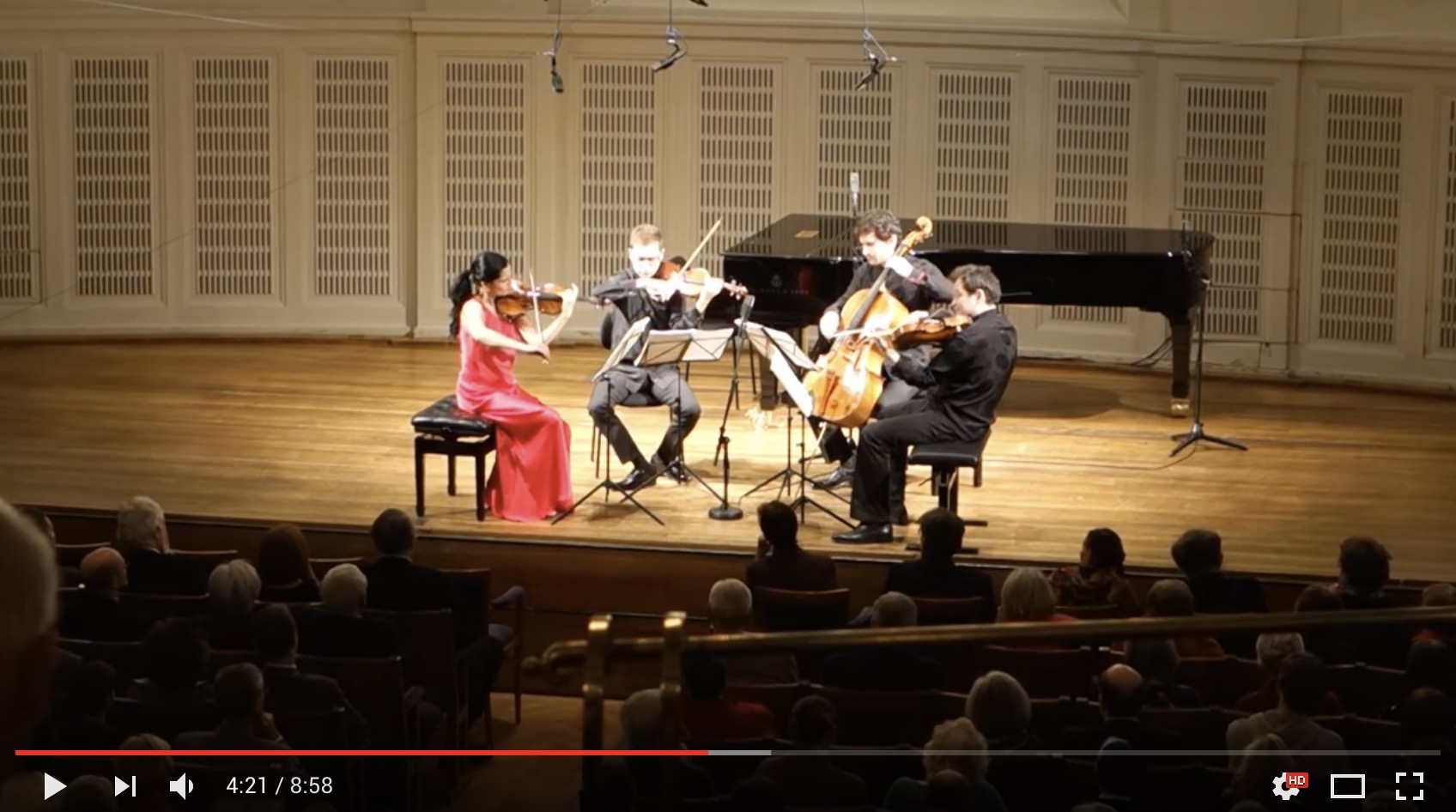 Krzysztof Chorzelski From whistler to violist

Krzysztof Chorzelski talks about his evolution from young whistler to violist of the acclaimed Belcea Quartet. 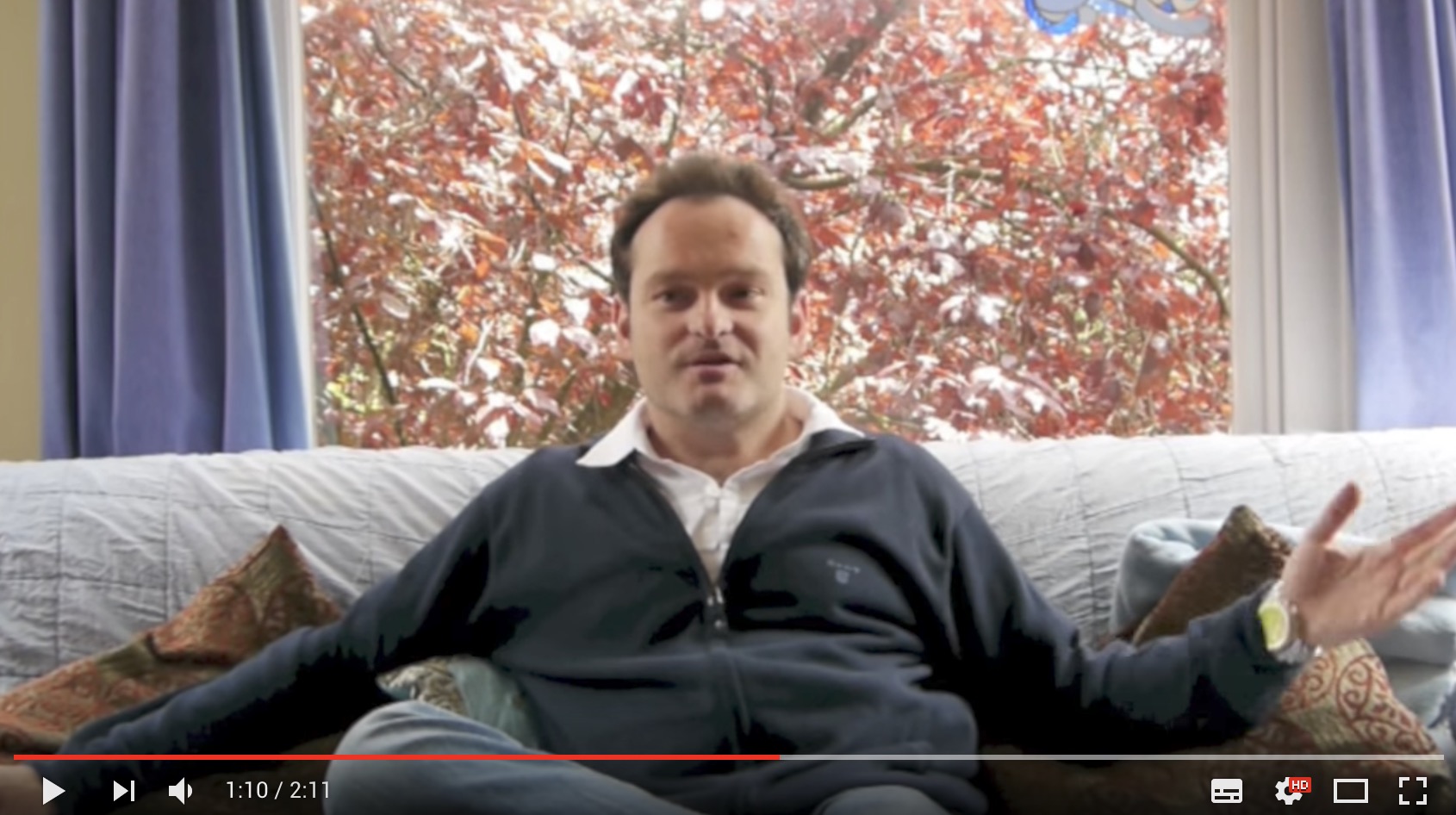 New Beethoven season around the corner

After a very intense season 2011/2012 full of Beethoven we are now starting our preparations for the new season. We are going to be still immersed in Beethoven, performing in concert series in Stockholm, New York, Vevey, Genoa and Bolzano. Gradually we will also be returning to music by other composers beginning with our first concert of the season at one of our “home” concert halls: Vienna’s Konzerthaus, which will feature music by Strauss and Brahms. For details of all our concert until the end of 2012 please visit the Concert Dates page.

We have embarked on the 4th part of our Beethoven Cycle. This is perhaps the most intense and exhausting programme of the whole cycle.

It opens with his first quartet from the early op.18. Even though it is not chronologically the first one of the set it is placed by Beethoven at its beginning for a good reason: it is perhaps the most striking of all the six early quartets. It is full of invention and humour, but the most astonishing by far is its slow movement – truly revolutionary by any standards. Apparently inspired by the tomb scene from Shakespeare’s Romeo and Juliet it explores contrast to the most extreme degree. It is full of exquisite lyricism  which is interrupted by violent outbursts and sharp dramatic gestures punctuated by agonisingly long silences. There is a raw quality to this music almost unparalleled by anything else written by Beethoven for quartet in his later years.
The second quartet of our current programme is the famous “Razumovsky” No.3. It is one of the first quartets we ever learned as a student quartet at the Royal College of Music, so it has been with us for quite a long time – and yet it remains forever a great challenge. Its opening slow introduction to this day sounds “modern” with its jarring harmonies searching for any sense of home key. It is not until many bars into to main allegro movement that the quartet’s key is finally arrived at and it is an arrival well worth waiting for! The slow movement is full of melancholy – although no direct quotations are made its spirit is Russian – no doubt in honour of the quartet’s dedicatee. The minuetto is Mozartian in its grace, only the trio bearing more subversive trademarks of its composer. And then comes the wonderful fugue, which is one of the most satisfying and vivacious finales Beethoven ever wrote.
These two works alone feel like a full concert and yet after the interval we play the great op.132! Its slow movement is unique: steeped in the sound world of Palestrina, composed in the Lydian mode it feels like music from the edge of the other world – it is a religious mediation at the heart of a piece framed by two outer movements full of passion and often great yearning and anguish.
It is Hamburg, Gateshead and London’s Wigmore Hall this week (the Gateshead concert broadcast by BBC Radio 3) and then we are off to Snape for two live performance recordings.
Beethoven Programme No.4Belcea Quartet2017-09-28T01:25:23+01:00

We are about to begin a weekend of concerts in Perugia and Florence with the Swedish clarinet Martin Frost. This is a short and very welcome digression from our Beethoven marathon. We met with Martin in Basel to rehearse the Mozart and Brahms quintets and are about to set off on our trip to Italy. The concerts will also feature quartets by Schubert, Webern, Beethoven and one of our favourites: Britten’s Quartet No.3. This will in fact be a special occasion for us, as Axel will be playing it with us for the first time. Going through this wonderful quartet with Axel makes us feel that he has now truly become a “Belcea”. You can find out more details about our concerts with Martin on the Concert Dates page of our website…and from Florence it is onwards to Genova on Monday and the beginning of the 4th instalment of the Beethoven Cycle. This time his op.18/1, “Razumovsky No.3 and op.132. Coming to Hamburg and all our UK venues very soon!

In the run-up to their Elbphilharmonie Concerts residency, the musicians of the Belcea Quartet explain what defines them as a string quartet and why they call Beethoven the “Mount Everest” of chamber music.