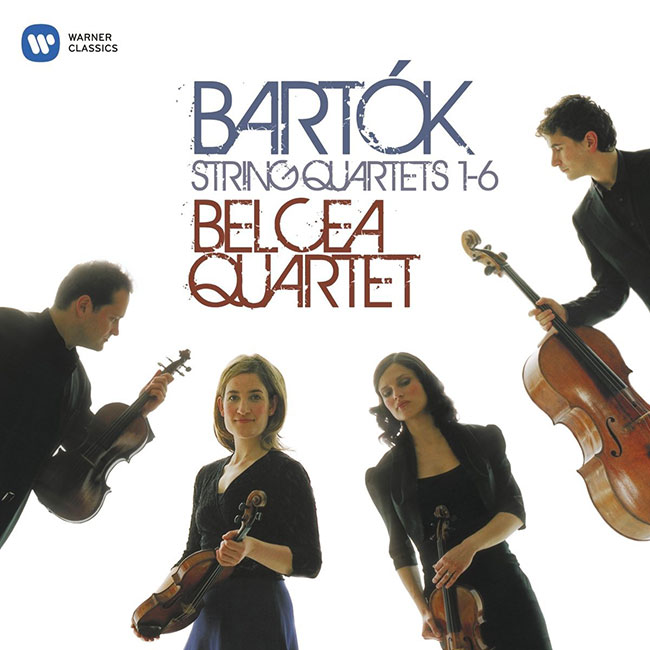 “…These are thrilling performances, bound for classic status…”
The Times

“…Bartok’s six quartets form the fundament of the early-20th-century quartet repertoire, so it’s not surprising that the Belcea Quartet, among the finest of their generation, should have joined the ranks of those who have ascended this particular Parnassus and tackled the challenge of recording the cycle. The result is a sequence of confident, knowing, unfailingly rewarding accounts…”
The Sunday Times

“…From the romantic First to the overwhelmingly lachrymose Sixth, via a labyrinth of technical mastery and music complexity, Bartok shows himself intent on updating it for his own times and beyond. Recognising their importance, the Belcea Quartet lavish their own considerable skills on these masterly works in a two-disc set that deserves to win awards…”
The Observer